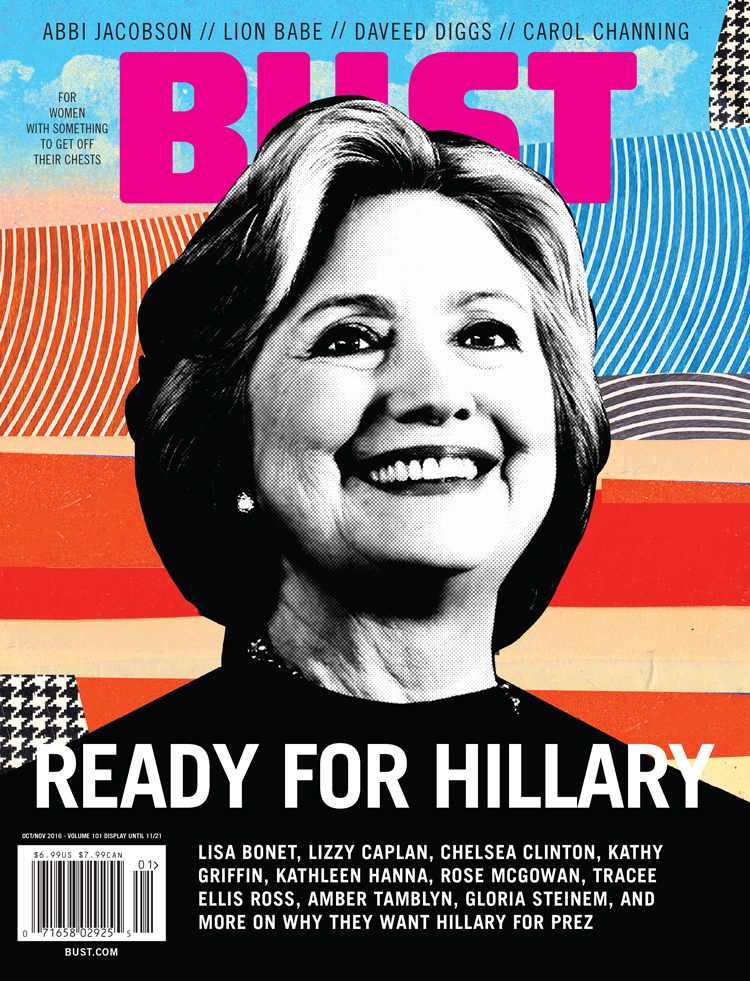 BUST was founded in New York City in 1993[2][3] by Stoller, Henzel, and Marcelle Karp. The trio founded BUST after meeting at Nickelodeon;[4] they wanted to create a positive and outspoken women’s magazine for their generation. “Our intention,” Stoller said, “was to start a magazine that would be a real alternative to Vogue, Cosmo, Mademoiselle, and Glamour, something that was as fierce and as funny and as pro-female as the women we knew.” She said the women she knew who read the Cosmos of the world “always ended up feeling bad afterward. They support very stereotypical ideas about women.”[5] BUST started off as a zine, with Stoller, Henzel, and Karp photocopying, stapling, and distributing the issues themselves after work and on weekends. After receiving positive feedback on their zine, Stoller, Henzel, and Karp left their jobs to work on BUST full-time, putting out four issues a year.

Stoller named the magazine BUST because she wanted a name that was “provocative, funny, and also sexy.”[6]